Ain’s problem is OUR problem

If you’re not familiar with the story of teen Ain Husniza Saiful Nizam, perhaps it’s time you get familiar.

Last April, hot on the heels of revelations that debasing period spot checks were still widely happening in our high schools, Ain stepped forward with a claim of her own.

A male teacher, she’d alleged, had joked about rape in class during a lesson on sexual harassment. On laws protecting minors, he’d supposedly jested to Form 5 boys, “if you want to rape someone,…rape those above 18”.

That, right there, was a supposed role model and authority figure turning rape into fodder for cheap laughs.

And we care not that it was mucho, mucho later claimed the said educator had also cautioned that rape would land the perpetrator in jail.

Telling someone rape’s illegal is NOT the same as telling someone – in this case, very, very impressionable young adults – that rape is wrong. That it’s a vile, vicious and violent act of assault nobody should have to go through.

Cultivating rape culture in our school hallways by trivialising or joking about it is NOT OK.

Sadly, over 3 months after Ain came forward and police opened investigations, the case was given the ol’ No Further Action (NFA) and was dropped.

Why? Because the teacher’s reprehensible actions, which should be abhorrent to any right-thinking member of society, is just not criminal.

Apparently, there weren’t any laws the authorities could throw at the man, despite Ain and several classmates – who, we remind you again, are children – feeling sexually harassed.

You see, sexual harassment isn’t a crime in Malaysia yet. Why? ’Cos the once shiny, promising Sexual Harassment Bill that’s been drafted is gathering dust on some shelf, unable to be tabled thanks to Parliament being shuttered.

It’s one of many issues going unaddressed as our so-called leaders deal with Parliament majorities and power plays “Covid”.

Ain’s story matters ‘cos it exemplifies what’s wrong with our schools, our disregard for youths and/or our ghastly treatment of women.

Schools are supposed to be safe spaces for our kids.

Instead, in this case, the teach, who was never publicly named, merely got transferred out, while young Ain was threatened with rape, gaslit and harassed by schoolmates, parents and teachers – all for calling out inappropriate behaviour by an adult in power.

Worse, the teacher, likely buoyed by the dropping of his case, has hit Ain & Family with an RM1 million demand letter (basically, he’s threatening to sue her!) and police investigation.

Is this the protection our children get? Where’s the justice? How do we find ourselves in a situation where the victim, a minor, is now facing financial ruin for doing the right thing?

Where’s our Women and Family, and our Youth Ministries – the ones that are supposed to be pushing and asking for protective laws? Maybe somebody should remind the respective ministers they’re not here just to talk about Doraemon or to go to the Olympics on the taxpayers’ dime.

What about our Education Ministry, whose minister is better known for his centre-hair parting and serving as onstage prop? Where are the short and long-term measures, the sensitivity training and the improved guidelines much needed in our schools?

It’s a shame the adults and leaders concerned can’t fight for the welfare of our youngsters.

It’s an even greater shame that they can’t protect the youngsters who’re fighting for themselves. Recycle, That’s What We Do 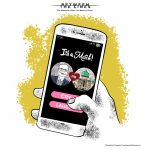 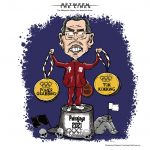 Putrajaya 2021: Welcome to the Games