Why Are Police Detainees Dying In Custody? In 2013, 31-year-old father-of-one N Dharmendran had both his ears stapled by cops as he was tortured for information during his detention at the KL police headquarters.

But it wasn’t the stapling of his ears what killed him. It was the beating that came after.

Sadly, Dharmendran wasn’t the 1st custodial death in Malaysia – and it won’t be last.

It was just one of the few that’s come to public knowledge, like the 13 deaths reported this year alone.

In The BIG Question, Between The Lines speaks with Sevan Doraisamy, the Executive Director of Suara Rakyat Malaysia, the NGO better known as Suaram, about this stain on our justice system.

Does Suaram have any latest estimation of the true number of custodial deaths in the country?

SD: It’s difficult to estimate an actual number of deaths in custody as the number of reported cases of custodial deaths may not necessarily be an accurate representation of the situation.

This isn’t helped by the fact that government data is murky at best and contradictory at worst. It has also taken years of data requests from Suaram and other NGOs to obtain related statistics.

But according to a dataset the home ministry provided in Parliament, we can reasonably conclude that average yearly deaths in police custody range from 15 – 20.

Conversely, the fact that Suaram’s yearly documented deaths in police custody have never been more than 15 is perhaps an indication that they’re significantly underreported, and that there are cases the public has zero idea about.

Let’s get straight to it — why does this keep happening?

SD: The main reason Malaysia has a persistent issue of police custodial deaths is mostly due to the lack of accountability of the police.

Investigations into potential police abuses including custodial deaths are investigated by the police themselves and therefore lack transparency.

Also, police officers found responsible are almost never prosecuted – or escape with minor punishment. Despite the concern of police abuse raised by the Royal Commission to Enhance the Operation and Management of the Royal Malaysian Police, there’s still no effective independent oversight mechanism to turn to whenever foul play or abuse is suspected.

Does the ethnicity or race of the detainee really have any connection to these horrific cases or to how the public perceives them?

SD: While it is undeniable that the percentage of Indian deaths in police custody is relatively high in comparison to the community’s population percentage (official figures state that 23.4% of victims are Indians, even though Indians only comprise around 7.3% of Malaysia’s population), we also see that Indian cases are most frequently reported in the media.

This might therefore help create the impression that Indians are specifically targeted in police custody. However, Suaram maintains that police abuses and deaths in custody cut across all races, based on information received and cases we have documented.

Police abuse and subsequently the issue of deaths in custody is rather an institutionalised problem that affects every Malaysian and needs urgent addressing.

Why is the Independent Police Complaints of Misconduct Commission Act 2019 (IPCMC) so important?

SD: The IPCMC would provide an independent body to investigate cases of police abuse and misconduct at every level. This would mean every death in custody would be investigated thoroughly by a body independent of police influence.

It’s also important to stress that the IPCMC would help restore police credibility and public trust, which has been on the decline of late.

You’ve previously declared the Independent Police Conduct Commission (IPCC) Bill, that’s yet to be tabled for second reading, a “waste of public resources, funds and time“. Why is that?

SD: While this bill is being touted as the replacement of the IPCMC Bill tabled by the previous Pakatan Harapan government, it stops short of holding police accountable to the Commission.

As opposed to the IPCMC, there is no provision within the IPCC that provides the Commission the disciplinary power to deal with police misconduct. Suaram believes that the IPCC, if it were to be passed in its current form, would not be able to effectively hold the police accountable for their actions, nor increase public confidence in the force.

Worse, the introduction of the IPCC would likely diminish the current accountability mechanism provided by the Enforcement Agency Integrity Commission (EAIC), defeating the purpose of introducing the IPCMC as a stronger or more effective mechanism for police accountability.

If a loved one is detained, what steps should a person take if there’s a suspicion of police brutality?

SD: Should police abuse be detected or suspected, the family of the victim could always contact Suaram for legal assistance, lodge a police report on the alleged abuse or a human rights complaint with the Human Rights Commission of Malaysia (Suhakam).

From Suaram’s experience, it’s important for any alleged cases of police brutality to be brought to public attention as police might relent due to public pressure or be compelled to provide more information on the detainee.

In your opinion, is there really a desire within the corridors of power – lawmakers, Cabinet, police, Attorney-General’s Chambers – to truly investigate this problem and get to the bottom of it?

SD: The Pakatan Harapan government certainly intended to reform the police force and, through the introduction of the IPCMC, hold it accountable for past and present misconduct.

It could be argued there is a likelihood we would be having an IPCMC now if the political crisis in 2020 did not transpire. However, it should be noted that even at the height of their power, Pakatan was also forced to relent and postpone the further reading of the Bill in December 2019 due to political pressure from the police, opposition and other stakeholders.

The same can’t be said of Perikatan Nasional. Instead, it withdrew the IPCMC and replaced it with the watered-down IPCC. It’s increasingly apparent the PN government had no intention of tackling the issue of police misconduct and was satisfied with the status quo.

In what other countries are similar problems seen? What similarities do those countries/regimes share with Malaysia? Are there nations in which this was a problem, but managed to be overcome?

SD: The UK previously struggled with similar problems of police torture and abuse of power. In response to the racist murder of London teenager Stephen Lawrence, where the judge found ‘institutional racism’ within the Metropolitan Police, the Independent Police Complaints Commission (IPCC) was established through the Police Reform Act 2002.

Similar to what the IPCMC would have been in Malaysia, their IPCC was empowered to investigate allegations against the police and enjoyed the resources and formal independence to do so.

Statistics have shown that police conduct has improved since the introduction of the IPCC. Malaysia should take a leaf from the UK. We need a strong political will or a political leader who is willing to take police reform seriously. 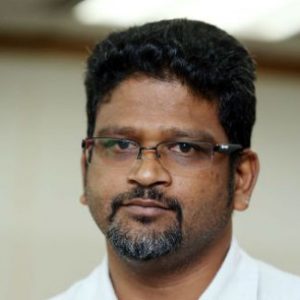 Sevan Doraisamy has been a human rights advocate for the past 25 years. In his years of defending human rights, he has worked on areas related to freedom of expression, rights of indigenous people and right to
liberty, as well as security issues relating to individuals.

Sevan has been detained by the police six times over his advocacy work. At SUARAM, he is working on issues related to custodial torture, misuse of security laws, and police reform, including campaigning for the IPCMC and police accountability as well as law reforms.