Few things are more mystifying to the people of Sabah and Sarawak than the Pan-Borneo Highway, a promise like a mirage of sorts that only seems to materialise around election time. NATASHA JOIBI takes a long bus ride down a stretch of the highway and finds more questions than answers.

It appears and then magically — in the manner of mirages and Choc Fudge biscuits — disappears. But what’s most mysterious about the Pan-Borneo Highway (PBH) is how it always seems to materialise around election time.

In fact, when you do see mentions of the highway in the media, it’s usually a good indicator that polls are imminent. Tl;dr, it’s election fodder. When the ballots have been cast, though, interest evaporates; like the politicians who vanish from their constituencies after securing their seats for another term.

Truthfully and embarrassingly, in any case, my knowledge of the PBH has been limited to those cameo appearances in the press as well as what I’ve heard politicos say about it.

The highway has often been used to stoke the fires of East Malaysian “nationalism”. The reality, however, is that doesn’t matter who emerges victorious, because at the end of the day, few people have any idea what the PBH is, where it begins, where it ends, how it will impact the people of Borneo, and whether or not it’s all just political hogwash.

In reality, the PBH is a project that’s been long in the making.

First mooted before there even was a Malaysia, construction intensified soon after the formation of the Federation. But there were numerous stops and starts and parts finished and unfinished, with a comprehensive plan only being put in place decades later, during ex-prime minister Najib Razak’s time in office.

Najib’s promise was for a world-class highway; a total of 2,083km of road that would connect Sabah, Sarawak and Brunei and allow for more efficient, comfortable and safer travel.

The Sabah portion of the project, launched in 2016, is meant to link Sindumin and Tawau, Tamparuli and Ranau and span across Kimanis, Keningau and Tawau, while the Sarawak component was to start with a 40km stretch from Teluk Melano to Sematan before linking Tanjung Datu to Miri, and Tedungan to Merapok. (Story continues below)

The reality, however, is that doesn’t matter who emerges victorious, because at the end of the day, few people have any idea what the PBH is, where it begins, where it ends... and whether or not it’s all just political hogwash."

Needless to say, the cost for all of this has been massive. And if recent reports are to be believed, RM28bil has already been spent, with yet more cash allocated for subsequent phases and crucially, a much-needed link between Sabah and Sarawak.

The biggest problem, however, is that over the years, different figures have been bandied about by various people in power at different times. So, as it stands, it’s unclear how much of the project has been finished or when we’ll see a complete PBH.

Is it 86% complete? (oh wait, that’s just the Sarawak side) 65%? (nope, only Sabah!) Heck, does completion mean the entire highway?

But as I attempted to unravel one of East Malaysia’s biggest mysteries, I discovered that I wasn’t the only one who knew next to nothing about the PBH.

Healthcare worker Beverly (not her real name), who resides in Penampang, Sabah, told me that unlike highways in Peninsular Malaysia, there is no proper signage on the PBH. This means it’s near impossible to identify what is or isn’t part of the highway.

“You don’t see signs saying: ‘Welcome to the Pan-Borneo Highway’. If the road condition is good, then I assume I’m driving on the highway. But then I’ll reach a bad stretch of road and start wondering whether it’s really part of the PBH because the road will be so shitty.”

Complaining about signage (or the lack thereof) may seem petty. But what’s important to remember is that despite all the promises of better internet connectivity, GPS, Waze and the like can’t always be relied on in Sabah and Sarawak.

Anne Baltazar knows this only too well, especially after her navigation system led her away from the PBH, to a stretch of road that had yet to be gazetted as part of the highway.

“My colleagues and I ended up being chased away by road workers and told to turn our vehicle around because it was against the law for us to be there,” she said. (Story continues below)

The roadworks go ever on

The absence of signage is only one of PBH’s many problems, as I’d find out on a 140 km-bus ride from Kota Kinabalu to Sipitang. What struck me the most was how the Sabah stretch at least doesn’t seem like a single highway, but different connected roads of varying standards and quality.

Some stretches are wide and smooth, others patchy, followed by downright craggy ones.

The irony of political party flags lining the craggy parts of PBH was not lost on me. And despite reports of the Sabah portion being 65% completed, it felt… and looked… a far cry from being done.

A fellow passenger on board the bus, a septuagenarian from Kampung Mesapol in Sipitang, told me he believes it’s good that there’s development in his district. Even so, he complained about the slow progress of the PBH project.

His concern was shared by a 29-year-old Sipitang shop worker, who told me that the protracted timeline has long inconvenienced motorists for PBH’s completion.

When first launched, it was targeted to have been completed by Dec 31, 2021. Recently, however, one report claimed that Phase 2 of the Sarawak PBH is only expected to be completed by 2028.

Reasons for the delay? A change of state governments and policies, Barisan Nasional being ousted from power in the 14th general election in 2018 (and then returning), and the Covid-19 pandemic, as well as residents refusing to relocate.

According to the young Sipitang native, the old road from her town to Kota Kinabalu, albeit small, used to be better. The current “highway”, however, is riddled with holes and bad for smaller vehicles. And that’s because construction is ongoing.

“Work started before the pandemic. We just hope that they’ll speed things up, so at least it’ll be more convenient,” she said.

Construction along the highway between Beaufort and Sipitang

It’s a given that mega-projects can’t be completed overnight and will result in inconvenience. But credit where credit’s due, the finished sections of the PBH (there are completed stretches!) are good and have made travel more accessible.

Nathan (not his real name), a 24-year-old shopkeeper working in Penampang, told me he uses the PBH to travel back to Kampung Bomboi in Keningau. It’s useful and has definitely made his balik kampung (return home) journeys easier and more comfortable.

A Tawau-based educator, who regularly travels up and down the highway, especially commended the bit of the PBH that stretches from Sandakan to Kinabatangan.

“Given everything we had to endure all these years road-wise, it’s really well-constructed. Each time I drive by, I find myself wishing that all major roads in Sabah would be like this, if not better.

“For too long, development in Sabah has focused so much on big cities like Kota Kinabalu, Sandakan and Tawau. (So) a well-constructed highway would mean a lot to Sabahans economically and socially. It would benefit those with limited access to airports, and people in rural areas,” he said.

The irony of political party flags lining the craggy parts of PBH was not lost on me. And despite reports of the Sabah portion being 65% completed, it felt… and looked… a far cry from being done.

The PBH, however, carries a whole different meaning for many others. Among them, former Malaysian senator Adrian “Banie” Lasimbang.

Calling it the “Pain-Borneo Highway”, Banie’s claim is that the project went ahead in Penampang without adequate consultation, which led to much pain and distress.

“When construction for Pain-Borneo began, it cut through many important natural floodplains. You can really feel the effects, especially now that we experience more flooding in Penampang when it rains.

“The flooding in the district is also caused by too much corner-cutting. They didn’t include plans to upgrade major drains. All that should have been considered,” said Banie, who now leads Pertubuhan Suara Anak Sabah, a non-governmental organisation that’s focused on voicing the concerns of Sabahans.

Perhaps worse, however, is the threat to Borneo’s unique biology and biodiversity and the adverse effects on village communities.

Said Banie: “They close the road and fragment communities, they don’t care about the people. This is one of the negative impacts of the highway. It cuts through communities.”

What about the rest of Sabah?

All that being said, PBH’s completion is long overdue.

“(Overall, the project) reflects the lack of proper planning and foresight by the government and planners, as well as absence of concern for the environment.

“We overemphasise the PBH. (But) how about the rest of Sabah’s northern side? There are important trunk roads too, but the allocations for their maintenance have been redirected towards PBH.”

Many of the concerns and complaints are, of course, similar in Sarawak. Indeed, Sabahans and Sarawakians appear to have been bringing up PBH-related issues for what seems like forever.

So why have they not been addressed? In fact, why is East Malaysia forever down the pecking order, despite contributing so much to Malaysia’s coffers? More importantly, the big question to ask is — when will this mother of all road projects be completed?

There are no answers to any of these. And with the goalposts constantly shifting, who knows when we’ll get a finished PBH. What’s certain, though, is that there has to be transparency and accountability. Neither of which we’ve gotten so far.

Or do we need to wait for yet another election to roll around? 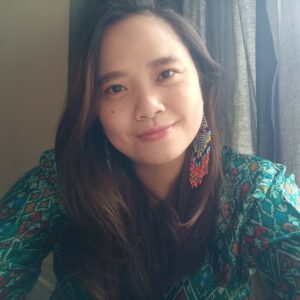 NATASHA JOIBI is a public writer and human rights advocate. She’s also a Chevening scholar, former journalist and co-founder of Suara Justice Warriors (SJW), a group that seeks to provide a safe space for Malaysians to discuss social issues.