With so much emphasis placed on agriculture over the years, Malaysia was supposed to have been ready for the current food crisis. USHAR DANIELE investigates the current disaster; the complaints, the fears and what can be done.

alaysia’s in crisis — a food crisis!

Over the past weeks and months, the country has been hit by supply shortages and price hikes for veg, fish, chicken, mutton, pork, beef, and essential items like cooking oil.

Eggs, the cheapest protein available, have also not been spared.

To cope with all this and rising inflation, the government has attempted to introduce export and price controls, even an unfortunately-named Jihad Against Inflation Task Force to operate alongside the National Recovery Council and National Action Council on Cost of Living.

But the initiatives have been less than effective; due in part to mixed messaging.

On the one hand, Prime Minister Ismail Sabri Yaakob appears to be saying to Malaysians: “we will take care of you”. Yet there are also those linked to his administration with their own ideas.

Some of these individuals have called on the people to grow their own vegetables, and in the case of Melaka’s Domestic Trade and Consumer Affairs Ministry director Norena Jaafar, “eat fewer eggs”.

Emi Goto, a young mother, is annoyed by Norena’s remarks as it does nothing to acknowledge nor address a very real problem faced by so many

“Eating fewer eggs is not the solution!”

Goto, a florist and mum of 2 small kids, says that despite being arguably more well off than most, things have been tough off late. Yet she feels it’s even worse for so many others. She says she’s even seen posts on social media of mums being forced to feed their babies starch because they’re just unable to afford baby formula.

Joey Eng, a nutritionist with the United Nations Children’s Fund (Unicef), explains that the problem runs deep. In fact, it’s not new. It’s been building for a while but poverty and the Covid-19 pandemic have only exacerbated the situation.

She points to how things were dire before Covid, with about 4.88 million adults and 4 million children having already been found to be “food insecure” (read: having unreliable access to affordable, nutritious food), and that it’s much worse now that rising food prices have disproportionately affected poor and vulnerable households.

A recent study, which focussed on the plight of families in Malaysia’s public housing estates, or PPRs, for example, determined that 6 in 10 households are unable to purchase enough food, while 1 in 4 reported having to reduce their food intake, with roughly 1 in 3 admitting to having difficulty providing money for their children to buy meals at school.

But it’s even more messed up than that.

Almost 50% of parents from low-income households believe their children’s mental state has been severely impacted by Covid-19 in Malaysia.

UNICEF and UNFPA’s jointly commissioned Families on the Edge study found, 6 in 10 parents say their children have lost interest in studying. pic.twitter.com/cubzawc90h

In the 2018 Global Nutrition Report, for example, Malaysia was already found to have been suffering from a unique health triple whammy — anaemia in women of reproductive age, obesity in adult women, and malnutrition and stunting in kids 5 and below.

In 2019, undernutrition in the form of stunting affected 21.8% of Malaysian children under 5, with 9.4% suffering from wasting,

That’s roughly 2 out of 10 young kids; a figure that’s beyond horrible considering that even conflict-ridden places like the West Bank and Gaza appear to be doing better.

Eng says that the economic impact of lost or reduced income impacts food security in that it forces people to modify their purchase behaviour.

In other words, having less or no money means saving on purchases, and often, that includes food. This explains the data which confirms how a fifth of Malaysian kids have fewer than 2 full meals a day.

The problem is stunting isn’t just about children growing up shorter, rather it leads to cognition issues, diminished learning and mental capacity and eventually, poor work performance. There are also economic implications in terms of how much it can cost both the private and public sectors.

To the government’s credit, it’s acknowledged that the situation needs urgent attention. And in June, Health Minister Khairy Jamalludin confirmed that his ministry’s on course to present a strategic plan to the cabinet and then, Parliament.

Yet while the move is welcome, solutions are needed now; not when Budget 2023 is tabled, and not after the 15th general election (GE15).

Thankfully, some people have been taking matters into their own hands.

Zawiyah “Zai” Saimon, a founding member of non-profit The Lost Food Project (TLFP) notes that multiple factors have impacted the current food supply crisis in Malaysia. But she and her group are determined to do something about it.

Klang Valley-based TLFP rescues surplus food and “ugly” vegetables from suppliers and dispatches them to underprivileged communities. It also has a special pickup and drop off point in Sentul where the area’s residents and soup kitchens can send and receive excess food.

TFLP, of course, isn’t alone in its efforts. All across Malaysia, other non-profits are playing their part too.

Yet the unfortunate reality, though, is that not only are most grassroots efforts short-term. Long-term solutions require more resolve, specifically from the government.

Zai points to ongoing manpower shortages, as well as issues with supply of pesticide and fertiliser and uncertain weather having caused a ripple effect that’s worsened an already bad situation.

Most farms are unable to operate at full capacity, while some farms are now shut. That’s also resulted in a shortage of supplies.

And then, of course, there are the issues nonprofits themselves face in keeping things going.

So what can and should be done? Bearing in mind all of the above, that skyrocketing prices and inflation are a global problem, that there’s a war in Ukraine that shows no signs of abating, and the fact that a recent report predicts that food shortages could last for “years and not months” and may extend to 2024?

Honestly, Malaysia should have looked into things years ago, when we still had time.

From the 1970s, agriculture was a prominent feature of the nation’s growth. Unfortunately, we focused more on cash crops like palm oil, and before that rubber, instead of vegetables, fruit and ruminants. The result is that the country is not self-sufficient.

We even lack rice, having had to import 30-40% of our annual consumption.

Among the objectives, the plan sought to improve accessibility and affordability of food items. It also looked at diversifying local and import supplies, improving private and community involvement in food systems, achieving 75% self-sufficiency in rice production, and preparing the nation to face food security crises.

But how many of those proposed efforts have been put into practice? Especially, too, as that crisis we were supposed to have been preparing for has arrived.

Geostrategist Assoc Prof Dr Azmi Hassan, who has looked closely at the current issue, is of the view that Muhyiddin’s plan is a good long-term one. However, he stepped down as PM shortly after launching it, so it’s unclear if any of the strategies were put into place by his successor Ismail Sabri.

Ismail has, however, been forced to act quickly given the current situation. Hence, the Jihad Against Inflation Task Force; an adhoc recovery measure, which the government decided to initiate, Azmi says, to show that it was doing something.

I don’t see Ismail Sabri pushing for Muhyiddin’s plan. But somebody needs to restart it because with the pandemic, climate change plus the war in Ukraine, we need to do something about our food security,

Prof Dr Yeah Kim Leng, of the Jeffrey Cheah Institute on Southeast Asia at Sunway University, has a slightly different view, though.

The Malaysian economy, he says, has largely been shielded from the full brunt of the global energy and food price shocks, and thanks to price controls and subsidies, we’ve been able to bear it somewhat. Yet, it’s the poor that need help.

“The setting up of a high-level task force reflects the importance, urgency and commitment of the government in tackling the inflation threat,” he says. “It’s a good move to focus attention, mobilise resources and strengthen coordination of supply-side, demand-side and monetary policy responses.”

One of PM Ismail’s promises, however, has been to introduce targeted aid. Yet, that’s not yet materialised, the story being that it’s still being worked on.

Azmi says that there’s no time to wait.

“Our subsidies stand at RM77bil. I think that’s the highest amount that the government has ever spent. (But) I think we had no choice.”

Using fuel subsidies as an example, he says the government must introduce a mechanism where the most vulnerable (or in the case of fuel, those the most affected by high oil prices) enjoy subsidies.

These are practical steps, he says, and must be effected quickly. Yet the question is — how quick is quick? And will those in power do what’s necessary.

The signs aren’t great. In fact, as the rakyat struggle to make ends meet and put food on the table, elected reps have seen it fit to justify their large salaries, and in the case of the Sabah state assembly, even allot more wages for themselves.

It’s a situation that’s led many, university students included, to take to the streets to protest. Unfortunately, the only response has been authorities turning the screw and hauling up demonstrators.

When the proposed solution of targeted aid is put back to Emi Goto, the young mum shrugs.

Subsidies may be helpful, she says, if they alleviate the suffering of the poor and vulnerable. But it’s uncertain if that will happen.

“Will the poor really benefit? Or will others reap the rewards while the poor are left with the crumbs?”

They’re pertinent questions with no clear answers. For now at least. 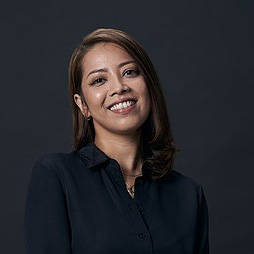 Ushar Daniele is an independent journalist who covers climate and current affairs. Her work has appeared in Al Jazeera and VICE, among others.