The Problems Of Malaysia’s Youth But if, as the song goes, the children are our future, then it’s a question we need to start asking – and answering. Between The Lines recently had a (virtual!) Q&A with Zaim Mohzani, a passionate youth advocate who’s made it his life’s mission to create a better world and future for young people, on a wide range of topics and issues related to youth.

The interview with Zaim is the first in our monthly series called The BIG Question, where we speak to people with unique insights and viewpoints on specific issues facing our nation and community. Enjoy!

What is the biggest issue faced by Malaysian youth today?

ZM: National issues and youth issues are not always mutually exclusive. Like the rest of the rakyat, the number one issue for young people is, without a doubt, the periuk nasi (rice bowl) issue.


They were already suffering even before the pandemic. The youth unemployment rate pre-pandemic was at 10.5% – triple the national rate of about 3%. Now it’s jumped to close to 14%!

What’s contributed to this?

ZM: Young people face the brunt of the economic fallout as new hires are most vulnerable to “last in, first out” layoff practices among businesses, which tend to lay off less experienced employees during difficult times.

It won’t be fair to blame this squarely on the pandemic. There are structural problems stemming from low-quality education, skills mismatches, and low-quality or 3D (dangerous, dirty and difficult) jobs. From my experience helping young people through various NGOs, the ‘symptoms’ from these root issues manifest in the form of poor communication, lack of English proficiency and lack of exposure.

There’s also something to be said about the changing nature of our economy. The traditional career progression of climbing the corporate ladder into management is broken. Why? All sectors and industries are being disrupted by emerging A-B-C-D technologies (i.e. artificial intelligence, blockchain, cloud computing and data); otherwise known as the ‘Fourth Industrial Revolution’. What’s happened to the taxi, print and cable TV industries is already happening in sectors previously thought untouchable, such as manufacturing and agriculture.

What can be done to address this?

ZM: There are a few things policymakers can do:

Much of the conversation/debate today has been on the non-availability of jobs for youth, and the urban-rural divide. Is this due to unrealistic expectations or the failure of government and society to nurture a more sustainable education and employment landscape for our youth?

ZM: Young Malaysians always get a lot of flak for things that aren’t even their fault! This ‘sense of entitlement’ among the Gen Y and Gen Z is absolute rubbish. Every generation will criticise their younger counterparts; I’m sure Baby Boomers were also unfairly criticised. This is unproductive and goes nowhere.

There’s a perception young people are selective about jobs and don’t want 3D jobs. They’re absolutely right! Why should we settle for low-paying jobs when our country is supposedly an upper middle income economy? We deserve better than this.

I don’t believe it’s the fault of the policymakers. It’s not only the role of the government to build the right ecosystem for youth, but also parents, educators (schools and universities), corporations, NGOs and SMEs.

Companies always pass the buck to the universities by claiming fresh graduates are inadequate. In turn, I’ve heard universities blame schools for not preparing students with the right skills and mindset. And what are the parents doing? Parents cannot outsource the development of children to schools alone!

So let’s not blame each other. Companies should invest in capacity-building programmes for fresh graduates, universities must  work with schools to shape more well-rounded students, and parents need to do more to build kids up at home.

One of the criticisms towards the government is the dismissal of youth and refusal to engage and/or harness the energy, intelligence and potential of the country’s young people. Is this true?

In an ideal world, we wouldn’t need a ‘Youth Ministry’ if young people were truly empowered.

Look at Parliament – less than 12% of the 222 MPs are below 40 years old. This is higher from the previous 9% (before GE14) and closer to the global average of 14.2% and may seem decent. But when you consider that about 40% of Malaysians are below 40 years old, we are under-represented! There just aren’t enough young people in positions of power in ALL branches of government. As long as this is the case, it’ll be difficult for the government to truly appreciate the potential and role of young people.

No, because the government, specifically the Youth and Sports Ministry, has been introducing and implementing high- impact programmes such as the Perdana Fellows and Corporate Fellows programme, Malaysian Youth Parliament and the more recent Youth Advisor to Prime Minister initiative.

I’ve had the privilege of participating in several of these programmes – and they really do help. The ministry really does try its best, despite a small budget, to leverage the energy and potential of the youths.

There seems to be a rise in youth activism, civil movements and political awareness/participation in the country of late. Why do you think that is?

ZM: This is true in the United States and rings true in Malaysia. That movement for change is spearheaded by young Malaysians from all walks of life.

After the GE12 in 2008 – when the former ruling BN regime was denied a two-thirds parliamentary majority – we saw a mushrooming of NGOs and civil society organisations (CSOs) as Malaysia underwent a period of democratisation. That phase has only deepened and accelerated with each general election since. I started 3 NGOs between 2013 and 2018 alone, mostly focused on youth empowerment.

I had the impression my generation – the millennials – were giving the government a tough time during and between elections. We demonstrated, we protested, we mobilised people to vote. But I’m extremely impressed with the Gen Z – those aged 24 and below – as they have launched hundreds, if not thousands, of campaigns to shed light on various issues such as LGBT, financial literacy and Orang Asli/Asal empowerment.

Why does it matter to young people? Because too much is at stake for our generation. Our livelihoods – and our lives – are at stake. There is no alternative but to change.

What are your thoughts on Undi18 and of criticism that youth today are not ready to become voters?

ZM: I wholeheartedly support Undi18. If you have the right to get married and pay taxes, you should have the same right to choose your government. The fact is a majority of the countries in the world have their voting age at 18 (some even lower at 16!). It’s only a small minority of countries such as Singapore, Kuwait and Oman with a minimum voting age of 21. How can most of the youths in the world vote at a younger age than Malaysians?

Youth apathy is a myth. This notion that young people are “not ready” or “mature enough” to vote is absolutely ageist! Just because you are older, it doesn’t necessarily mean you have wisdom. If you look at the last 2 general elections, young people came out in droves and had a significant impact on shaping the outcome of those elections. If you really want to see young people being “ready” to vote, implement Undi18 today. We’ll see who is more “experienced” and “mature” when it comes to the polls.

What infrastructure can Malaysia put in place to help ensure the success of Undi18 and prepare our youth for it?

ZM: We need to start with civics or civic education. We teach civics in school but it’s wholly inadequate. Our civics is aimed at developing personal and moral virtues instead of developing political literacy and active civic participation. In fact, the Civic and Citizenship Education (PSK) is not even examinable!

Our policymakers can learn from the rest of the world, specifically Nordic countries. Their schools create a safe space for students to learn and apply tools of democracy such as debating and voting. In fact, students are encouraged to be involved in their schools’ decision-making processes, such as voting for the schools’ menu! In Norway, 95% of 14-year-olds get involved in school elections.

Voting is a habit and you must start early. Practising democracy in schools is the best form of civics.

If things stand as they are, what does the future hold for Malaysian youths?

ZM: I’m an eternal optimist! Only three 3 years ago, it was unthinkable to have either a 22-year-old MP or a 26-year-old Youth and Sports Minister! Many would be quick to say the Sheraton Move has reversed much of that progress. Of course, there will be setbacks and challenges. I’m reminded of President Barack Obama when he said, “For every 2 steps forward, it often feels we take 1 step back.”

The not-so-sexy thing to say is change is hard and it takes time. But I’m confident that in the next decade we’ll see more young leaders in positions of power. The age ceiling will be broken repeatedly. There’ll be more young ministers, government secretaries-general, judges, CEOs of GLCs and public- listed companies.

It’s only a matter of time but young people need to keep pressuring, agitating and struggling for change. 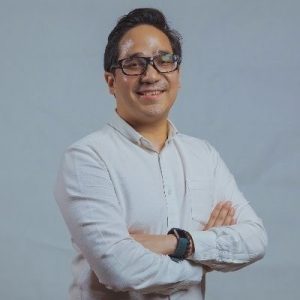 A former recipient of the prestigious Chevening Scholarship, Zaim holds an MSc in International Strategy and Diplomacy (Distinction) from London School of Economics and Political Science (LSE), and BA in Political Science from Monash University, Australia.

For his work in youth development, he was selected as one of The Edge Young Inspiring Leaders Awards in 2019. His mission now is to empower 100,00 millennial professionals in Malaysia by 2030, while tackling youth unemployment.