It’s election season! To help you keep track of GE15 (and of your sanity!), BTL will be rounding up and distilling key election and post-election news, issues and insights, along with all the thrills, spills and tantrums, every week.

Enter Anwar Ibrahim — the Reformasi-chanting Pakatan Harapan head honcho, PKR big boss, ex-deputy PM and the world’s most patient man. But watch out, ‘cos runner-up Muhyiddin Yassin ain’t giving up without a fight, hypocrisy be damned!

Elsewhere in our post-GE15 roundup, while Game of Thrones: Putrajaya wraps up, Kingmaker BN’s troubles are far from over; folks want an ex-inglorious leader’s gravy train probed; and, what’s up in Pahang?

Between The Lines would like to bid farewell to the moniker “PM-forever-in-waiting” (may it rest in peace) as Anwar Ibrahim has a shiny new title now — Malaysia’s 10th Prime Minister!

After over 2 decades of hoping, plotting and planning (more below), and many failed counting attempts, Anwar will finally move into Seri Perdana and that Putrajaya top-floor office!

So, just how did we get here?

Tl;dr, after last Saturday’s general election resulted in a hung Parliament, the 2 biggest winners, i.e. Anwar’s PH (with 82 seats in Parliament) and Muhyiddin’s PN (73), were left scrambling to negotiate the support of other coalitions/parties — specifically 3rd place BN and 4th place GPS — to try and obtain a simple majority (112 seats) in the Dewan Rakyat.

This resulted in a 5-day impasse with neither side being able to present to the Agong the magic number (although both sides claimed they had it), what with BN flip-flopping between becoming the opposition and choosing a side, and GPS declaring support for a PN+BN+GPS+GRS gomen.

Plus, there was all that drama when Moo unceremoniously thumbed his nose at the King’s suggestion of a PH+PN unity gomen, insisting he had statutory declarations (SDs) to back his claim to Putrajaya’s gilded toilet seat.

Sidenote: Some would call that a royal snub, wouldn’t they? Anyways, PN did later reconsider, but it was far too late in the game by then. Hey, you snooze, you lose!

In the end, after visits to the Palace and group huddles, BN ultimately came around and declared support for a “non-PN-led” unity gomen, thus nudging Anwar & Co. past the finish line.

While no doubt in a celebratory mood, our minty fresh inglorious leader has hit the ground running. His 1st order of business? Declaring Monday a public holiday, of course!

Yet, he must also now turn his sights on the formation of a squeaky new Cabinet (and possible deputy PM roles for BN and GPS?) and uniting a divided Malaysia (see more below).

On the last, the long-time reformist has pinky promised that while he will protect Malay rights and the position of Islam, he’s also a PM for all races.

We certainly hope so, ‘cos remember, remember, ultimately, the rakyat is boss.

Between The Lines would like to bid farewell to the moniker "PM-forever-in-waiting" (may it rest in peace) as Anwar Ibrahim has a shiny new title now — Malaysia's 10th Prime Minister!"

It’s been a long, winding and often treacherous road to the top for Anwar Ibrahim. Yet, some would say that that plush Putrajaya swivel chair was always his o̶b̶s̶e̶s̶s̶i̶o̶n̶ destiny.

A firebrand leader and perpetual thorn in the gomen’s side during his student days in the 1970s (he was even detained under the Internal Security Act), Abang Nuar rose quickly up the ranks of Umno from almost the second he decided to join the party in 1982.

Culture, youth and sports, agriculture, education, finance… one by one the biggest cabinet posts were handed to him until finally, he found himself on the edge of glory, as mentor and PM Dr Mahathir Mohamad’s 2IC.

But then it all went belly up.

The RM was in trouble. Recession was at the door. And mentor and mentee clashed, resulting in Nuar being unglamorously thrown out of gomen, and accused of corruption and sodomy.

There were (alleged! alleged!) beatings. A black eye. Massive street demos to chants of “Reformasi!” (reformation). And, significantly, court convictions that kept him in jail and away from politics and his family.

Note that that were a bunch more hurdles in the 2 decades following those events, including another conviction in 2015, and more recently, when PM4/7 Maddey — despite a stranger-than-fiction re-teaming (see here and here) of the 2 enemies — allegedly blocked his path to Putrajaya.

Yet Nuar’s not been blameless throughout all of this. And part of the reason a lotta people had stopped believing he’d ever become PM was ‘cos of some questionable moves on his part and his boy-cry-wolf manner of repeatedly claiming to be seconds away from the PM-ship.

There was that incident in 2008, for example, when he tried to engineer a spot of hopping to secure control of the gomen. And if you need more recent proof, think back to that (again, alleged! alleged!) telephone call with old Umno buddy Ahmad Zahid Hamidi, and Anwar’s claim of having a “strong, formidable, convincing” majority of MPs in his corner.

Interestingly, in any case, it was a kinda similar claim a coupla days ago of having the numbers that saw him finally being endorsed as PM10.

There’s a lesson in here somewhere about holding on to your dreams with obsessive zeal. We just know it.

Anwar may have already been sworn-in, and attention already turned to the forming of the new Cabinet. But runner-up Muhyiddin Yassin has a message for the new chief — don’t get too comfortable!

See, instead of riding off graciously into that beautiful Putrajaya sunset and congratulating his opponent, MooMoo Yassin is standing his ground and insisting he had 115 MPs in his corner when he went to meet the Agong on Tuesday. So, he is challenging Anwar to show his SDs (statutory declarations, nothing more!).

Thing is, while Moo (ironically and hypocritically the very same fellow who came into power unelected and who allegedly hid behind a national health emergency to stay in office) may have a snowball’s chance in hell of regaining the premiership, such discord isn’t helping anybody.

Which is why, as this piece points out, our shiny new PM should take pains to reach across the pond and try and bridge the voter divide and rising racial and religious tension.

In any case, Anwar’s crossed his heart and promised to call for a vote of confidence when the new Parliament term begins on Dec 19.

Also, such is the crayness of the times that Anwar’s found allies in the strangest places, including Kajang Prison, where resides BN’s ex-inglorious leader/jailbird Najib Razak. The latter has, in fact, turned the tables on Muhyiddin and challenged his former deputy to show his SDs.

What next? Lim Kit Siang and Jibby issuing a joint press release?! Or are some things too far-fetched even for Malaysian politics?

And now for everything else

Here’s the rest of the week’s biggest hits, in bite-sized chunks:

Tempers flared and anger was directed at him for Umno coming in #3 at the polls, and for his support for Anwar as PM10. But BN-Umno No. 1 Zahid Hamidi’s still in his position of bossman after having secured the support of his party’s supreme council, supporters and crucially, 130 Umno division chiefs.

Note, though, that Umno’s AGM is due next month, from Dec 21-24. So he could well be challenged for his seat there. Most likely by PM9 and party veep Ismail Sabri Yaakob.

Annuar Musa’s boast of PM8 MooMoo Yassin and PN having splurged on Umno during the Sabah state elections in 2020 has raised alarm bells. And now folks are asking where the purported, supposed millions came from.

Sorry may be hard to say for some (and Sir Elton John) but it sure wasn’t for DAP bigwigs Anthony Loke and Lim Guan Eng, who apologised to GPS chieftain Abang Johari Openg for past transgressions.

FYI, Sarawak DAP’s popularity in areas eyed by GPS has caused much strain over the years. But things got way worse after DAP, in 2019, claimed Sarawak would run out of money under GPS.

The apologies, already accepted by Abang Jo, in any case, are expected to go some way in helping quell tension, what with the 2 set to work together in Nuar Ibrahim’s shiny, new gomen.

What goes down must come up

Malaysian stocks have recorded their biggest jump in 2 years and the ringgit’s doing better than it had been all ’cos of the Agong appointing Anwar Ibs as PM10. Gaming and brewery company shares were also especially in demand on Thursday. We’re sure PAS no longer being in Putrajaya was just a coincidence!

Election Expressway: The Eternal Mystery of the Pan-Borneo Highway. Writer Natasha Joibi travels back to Sabah and takes a ride down the much-promised, yet-completed Pan-Borneo Highway, and discovers more questions than answers.

Two 5-way contests are on the cards, in the Padang Serai parliamentary and Tioman (Pahang) state by-elections, which were called following the deaths of their intended candidates before/on polling for GE15.

FYI, the Padang Serai contest was supposed to see a 6-way tussle. But Warisan pulled its candidate after the nomination process, saying only that it was sitting out the election. Polling for both elections is set for Dec 7.

Things may be settled in Perlis (where PN wrested control of the state from BN) and Perak (where a historic PH-BN gomen’s running the show), yet everything’s still up in the air in Pahang.

Tl;dr both PN and BN fell short of obtaining a simple majority in the 42-seat state assembly. And now, the original Blue Man Group, i.e. BN, is contemplating either buddying up with PH or nemesis PN. No surprises then that caretaker MB Wan Rosdy Wan Ismail, the belle of the Pahang ball, wants more time to decide which suitor’s got a better deal on the table.

A writer has been arrested for allegedly tweeting a seditious vid, which contained racial elements. Thing is, it seems the guy was merely raising the alarm over the spate of racially-charged May 13-themed vids, not actually posting racist stuff.

*BTL is part of the fact-checking alliance, JomCheck, made up of media houses, academia, and civil society.

Through JomCheck, Malaysians are able to submit requests to fact-check a claim by sending a WhatsApp message to the Whatsapp tipline 017-477 6659 (text only, no calls) or via this link. 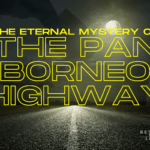